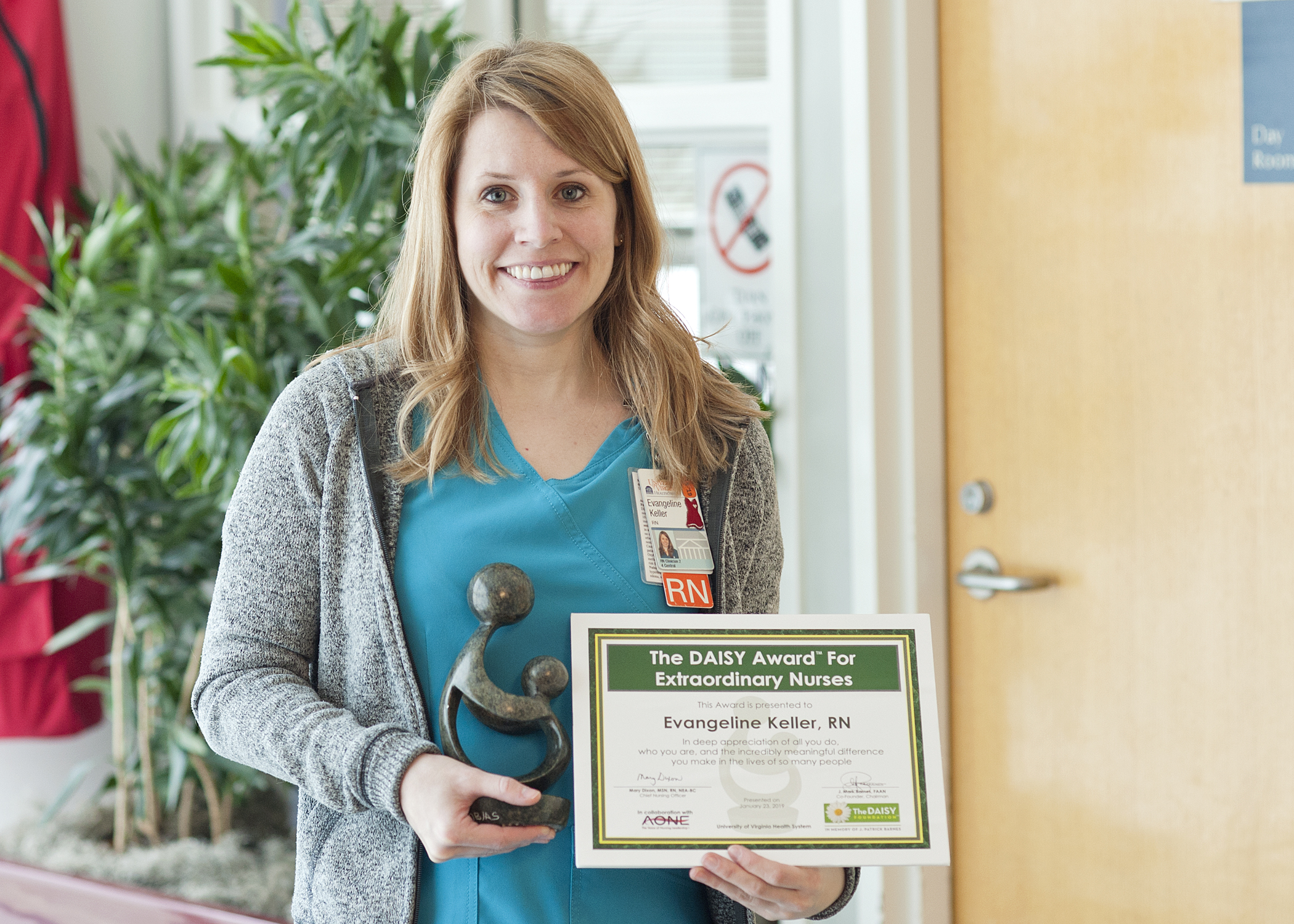 Cardiovascular
University of Virginia Health System
Charlottesville
,
VA
United States
Our nurses on 4 Central put their patients first on a daily basis. Evangeline is a perfect example of a nurse who keeps her patients as the true north each and every day.
This past week, she further displayed this patient-first focus. She took care of Mr. S who was an ACS patient on 4C. Throughout the day, her documentation showed that she had growing concerns about him, frequently updating the physician team about pain episodes and low blood pressure. The situation cumulated at shift change and a MET call was made. He quickly declined as the MET team arrived and a stroke alert was called. Mr. S was whisked off to CT scan and Evangeline prepared to hand off to the night shift RN. Knowing that she knew him better than anyone, she didn't hand off and leave - she stayed to help continue caring for him thru this event - and upon his return from CT, he further declined and coded. Evangeline was the first to intervene and her peers have continued to share with me how dedicated she was to his care.
Her attentiveness to his changes, her unwavering communication with the team, and her desire to stay over and make sure the situation was improving exemplify Evangeline's dedication to her patients. Evangeline does this without expectation of recognition and quite simply is the caring, attentive nurse we all should aspire to be. On this day, she saved a patient's life by being that nurse.
*****
Evangeline Keller is an excellent nurse and is very deserving of The DAISY Award. She is always caring and willing to go the extra mile for her patients and colleagues. One day, Evangeline's shift started out normally. But in the afternoon a patient she was caring for during that day had a syncopal episode and fell. Evangeline was worried sick for most of the shift and continued to check on the patient frequently throughout the day. The end of shift came around and she reported off in a succinct matter, as always.
After finishing handoff, she gathered her things and was ready to leave when someone came out of the room and asked for help. So, of course, Evangeline being the caring person that she is, went into the room. The patient was hypotensive and became disoriented and was unable to speak or respond to staff. Evangeline activated a MET call and instructed the nursing team around her to obtain an EKG and a blood glucose. MET team arrived and along with the MD team decided to call a stroke alert, as the patient's presentation was far from his baseline, noted less than an hour prior. Evangeline stated that she cared for this patient during the day and was familiar with his history and diagnosis, and offered to go to CT scan with the patient, even though her shift was beyond over. She stayed with the patient while in CT scan then returned the patient back to 4 Central. Once the patient arrived back to the unit the patient arrested and a code was activated. Evangeline was quick to jump on the chest and begin CPR as soon as the patient was noted to not have a pulse. The patient obtained ROSC and was transferred to the MICU.
Evangeline's shift should have ended when the night shift started, but she decided to stay and help the patient and fellow staff. She stayed two hours past her scheduled shift. Not many nurses would be willing to do that for their patients or coworkers. When staff visited our patient in the MICU a few days later, the patient was so grateful and thankful for Evangeline, "the woman who gave me my life back". He provided her with a thank you note expressing his gratitude. Not many nurses would be able to handle a fall and a code in the same day but Evangeline did it. She remained calm and composed when caring for both patients in both situations. That is why I would like to nominate Evangeline Keller for a DAISY Award. She is well deserving of this high honor for so many reasons including her dedication, loyalty, diligence, caring, and compassion for both her patients and colleagues.
*****
Evangeline went far beyond the call of duty as she performed CPR to bring me back to life. It was the end of her shift, and she was needing to pick up her children when I went into cardiac arrest. Evangeline stayed and gave compressions to me to bring me back. I know without the help of others that contributed I wouldn't be here but it was Evangeline that showed the professionalism a nurse is.
Evangeline
, view your benefits
Print
Evangeline
's Spotlight