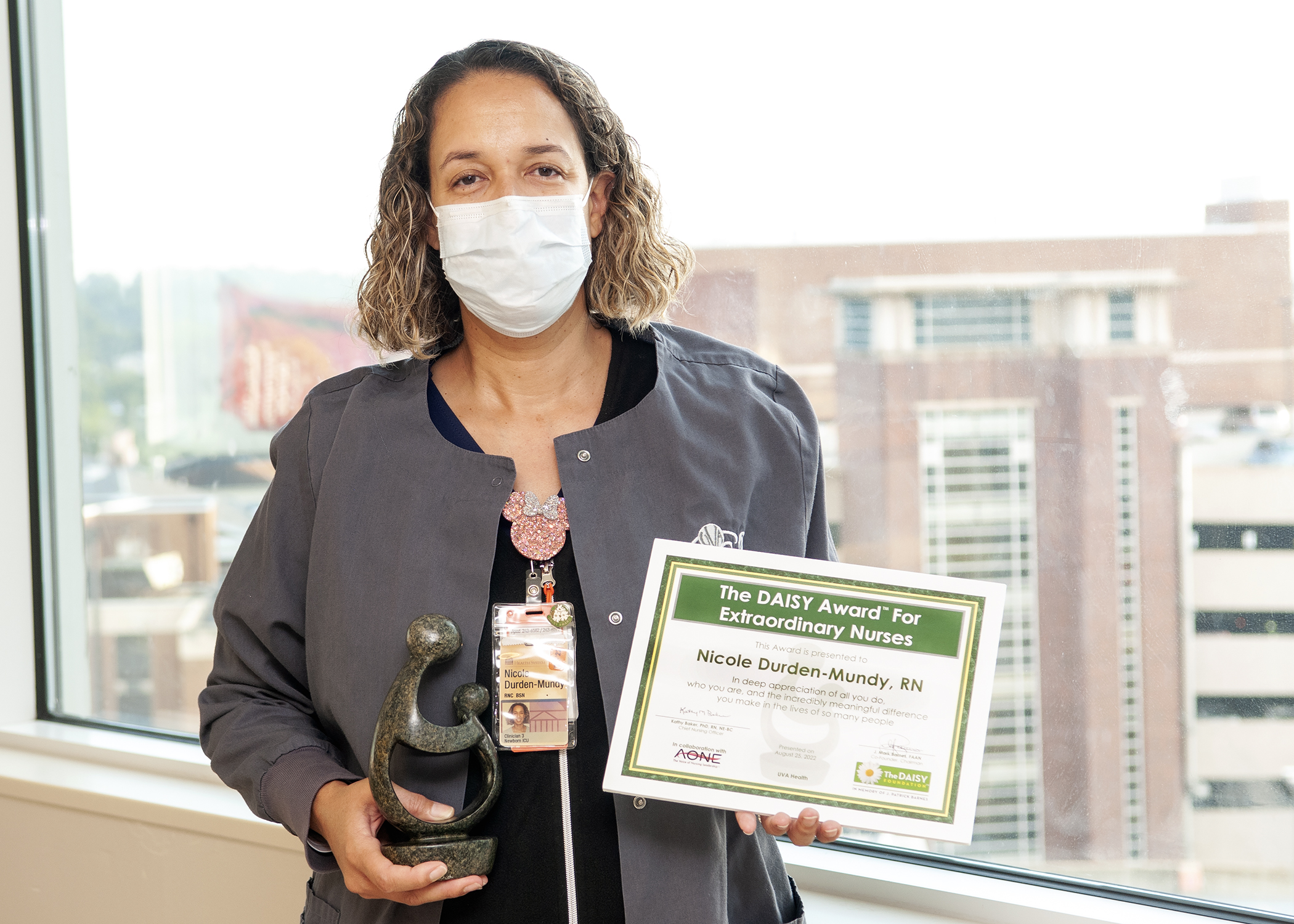 NICU
UVA Health
Charlottesville
,
VA
United States
Nicole established such a good rapport with this family. I saw the way that the parents were able to find comfort in her presence because they knew they would be receiving her expert and compassionate care and guidance.
Nicole is one of the most knowledgeable and caring nurses that I have ever worked alongside. To say she goes above and beyond for her patients and coworkers is an understatement. I could name multiple instances where I watched her excel, both at the bedside and as a charge nurse, but one night, in particular, stands out.

We had a set of twins in the NICU who got very sick, very quickly. Nicole was the charge nurse that night and was there the second we called for extra help and never left their bedsides. She was present for every procedure, line placement, and lab result, giving suggestions to the LIPs on what we could do next to help these babies survive. When the parents arrived, she sat down with them and walked them through every single thing we were doing for their babies. She gave updates in real-time, explaining everything from why we were intubating, what the blood gas results meant and what medications we were trying. Nicole did not hide anything from this family. From the beginning of the night, she was very upfront and honest about how sick they really were. She delivered bad news with such grace and gentleness. I heard her say multiple times, "I'm not trying to scare you, I just want you to have the full picture about what is going on with your babies."

Due to Nicole's strong advocacy, the parents were able to hold their babies while they were still alive. Nicole established such a good rapport with this family. I saw the way that the parents were able to find comfort in her presence because they knew they would be receiving her expert and compassionate care and guidance. She was in the room with them when the breathing tubes were pulled, she listened for a heartbeat because the mother asked her to. The parents were thankful to Nicole and the rest of the staff because they knew we did absolutely everything we could for their babies.

Nicole was also incredibly supportive and helpful to all the nurses during these two shifts. She was present for anything we needed, whether it be a hug, a kind word, or a suggestion on how to help with bereavement care. It takes a very strong, empathetic person to be able to support her staff while also dealing with her own emotions about this devastating loss. She allowed us to be sad but was also reassuring us that we did everything we could have done. There is so much that I could say about those two shifts and what Nicole did for the family and her team. I'm so grateful that she was working because she truly carried us all through an incredibly difficult few nights.