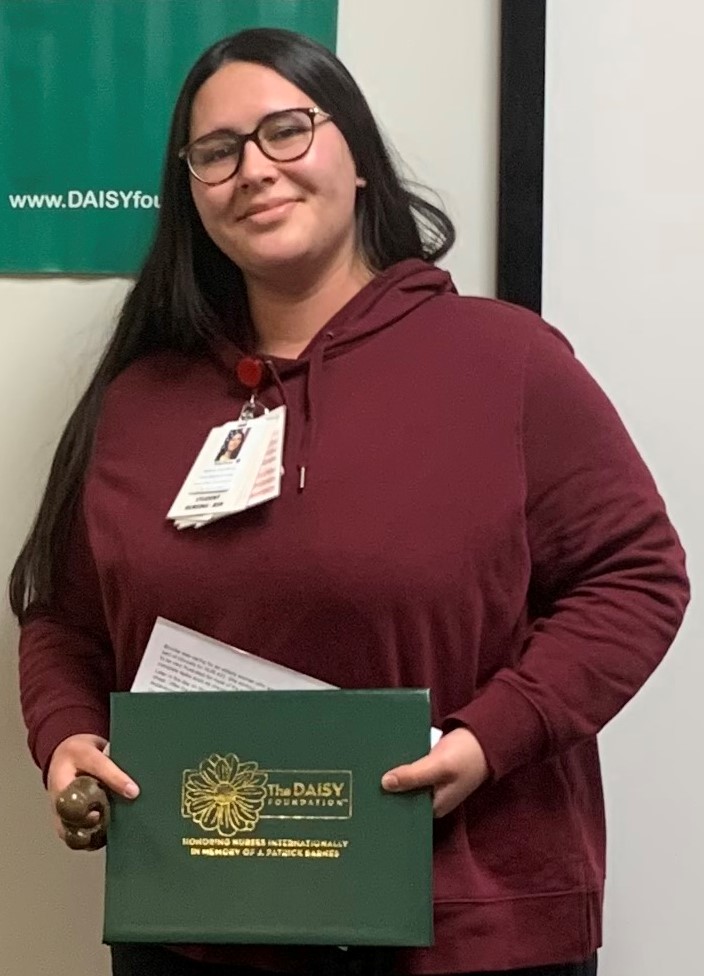 Brooke was caring for an elderly woman who was admitted for complications from an exacerbation of CHF as part of clinicals. She worked with this patient on both Monday and Tuesday. The patient seemed to be very frustrated for most of the morning on Monday when Brooke would come in to check on her and complete tasks such as checking her blood glucose.

Later in the day on Monday, a MRT was called for this patient for what she reported as "an off feeling in her chest." After the MRT team came in and evaluated the patient they concluded that the patient was experiencing anxiety that began to manifest as severe physical symptoms.
Once the patient was calmed down she was on the phone frequently, making repeatedly short phone calls. When Brooke came to check on her at the end of her shift, her patient began asking Brooke questions about where she was going when she left and asking if she lived near Virginia Beach Boulevard. Brooke politely told her she did not live near Virginia Beach Boulevard and began asking her patient questions about why she was asking.

The patient told Brooke that her adult son was at home and she was afraid he was going to go hungry. She explained that he was mentally handicapped and was home alone. Brooke asked her patient if she had anyone she could call to bring him food and groceries and her patient said no. She told Brooke that all her other children live out of state and they have no other family in the area. The patient was visibly upset by the circumstances at hand. Brooke went to the charge nurse and staff nurse and informed them of the situation to see if they would be able to assist or have someone who can assist the patient get involved in care.

The following day on Tuesday, Brooke sat with the patient for about two hours downloading applications onto her smartphone such as Walmart, Food Lion, and McDonald's. She assisted the patient in setting up an account for each app and putting her payment information into the accounts. She assisted the patient in ordering groceries to be delivered to her son. The patient asked Brooke to call her son and give him instructions about the delivery of the groceries. Brooke did so and reminded him to put cold items in the fridge.

As a result of Brooke's nursing interventions, not only did she reduce her patient's anxiety, but she also provided food for a housebound handicapped family member who would not have eaten food otherwise.