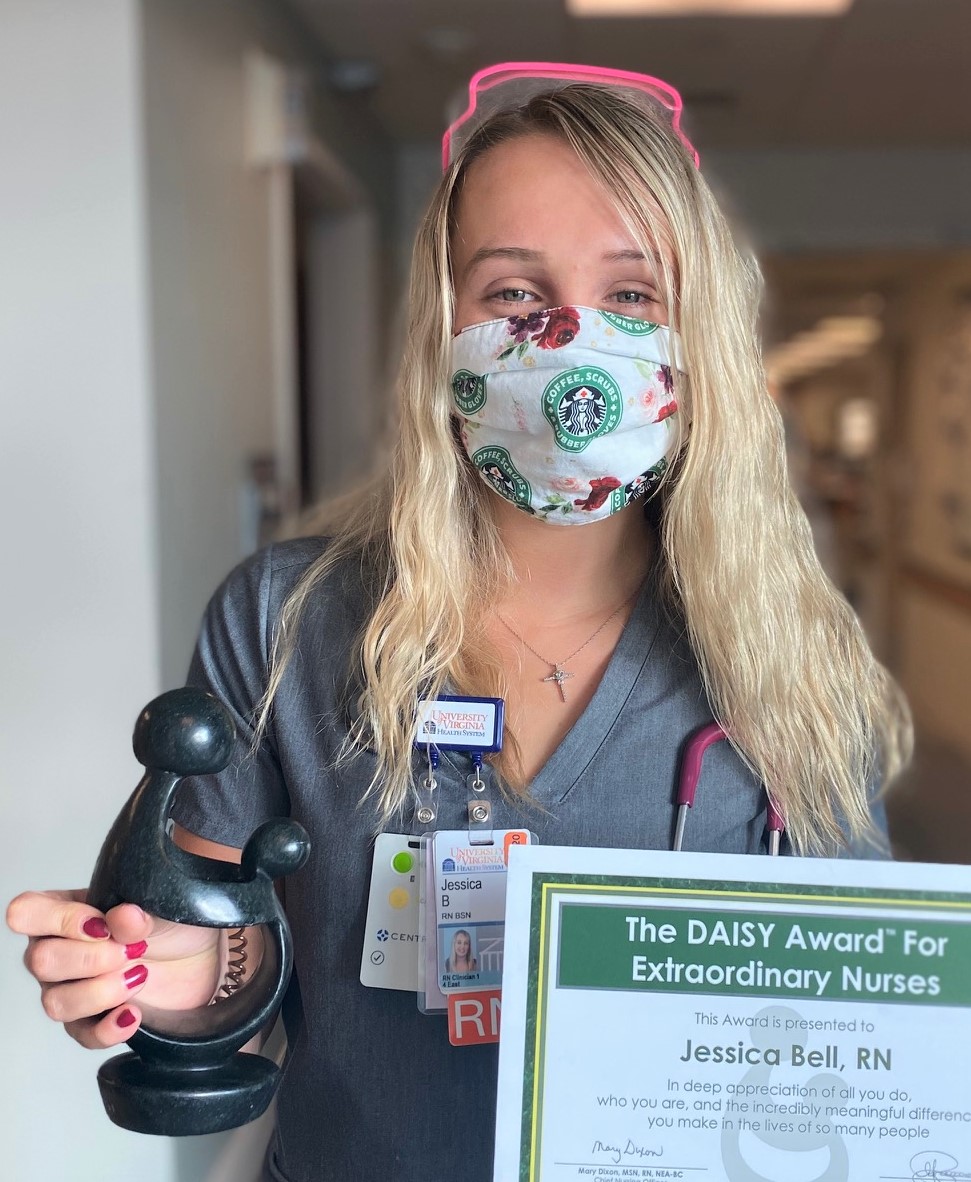 Cardiology
University of Virginia Health
Charlottesville
,
VA
United States
My family member was admitted to UVA's Cardiac Unit after coming to the ER for multiple syncopal episodes. The first day he was in the hospital they ran two tests while monitoring him on telemetry and concluded that it was not his heart. Jessica came in and said it was her understanding that we were going home. Once she looked at us, she could tell that we were dissatisfied and that I was honestly frightened for his safety going home. How long could he be unresponsive? Why was he repeatedly unresponsive and how long could he remain that way? They mentioned something about not driving for 6 months, that was his work, what do we do now?
Jessica came in and sat at the bed side with us and listened to my and S's thoughts on the situation. Jessica told us that she would talk to our patient advocate and the case manager. While she was doing this she also had a critical conversation with the doctors who were caring for S. Although I am sure it was difficult for her to go against the grain, she was putting her patient's needs first and hearing them out.
The Cardiac doctor came back to our room and after a long conversation where they could not give us firm direct answers they, at our request, entered a Neuro consult, due to S's past seizure activity history. The Neuro team came in the next morning. They spent time talking to us, reviewing history, doing an exam. They spoke with Jessica who I voiced was a great advocate for her patients. Once they talked to the attending they all came back and had a game plan in place. What test they would do that day and a plan of how we could approach this situation at home if he had another episode where he would not wake up.
During the day, S developed a bad headache, Jessica would come in frequently and check on him, giving him Tylenol as needed. She always asked how I was and if I needed anything, and if she could answer any questions. I knew she had a case load to attend to, but she always made us feel that S was her only patient and that our needs were very important to her. Around 4 S took a nap, when I tried to wake him up a little after 5, I couldn't, he was unresponsive once again. Once I hit the call bell and asked for the nurse, Jessica was there in seconds. She showed great ability, calmness, and strength in handling the emergent situation at hand. In the middle of all the chaos going on, she relayed to the team that this is exactly what was happening at home per his family and this was the concern they had with an early discharge. While events were still taking place, Jessica even managed to reach out to me and ask if I was ok. I was ok, I was glad to have a nurse who is "patient first" and because she put us first, the team was finally getting to see what we have been through at home over the last several months.
That night at shift change Jessica gave report to the oncoming nurse and relayed our concerns. She came to the room with the oncoming nurse and was there while I explained how the events were occurring. In the middle of the night S had another event. I was and am so grateful that Jessica was our nurse and had relayed all the necessary information to the night nurse, so she knew what could take place and handle it with all the information needed.
S is home now, we have a path to follow, a game plan, a what to do if, there are still tests and appointments to attend but we feel the burden of a new diagnosis has been lifted a great deal due to the nurse who took time to listen to us, hear us and advocate for us.
One thing in closing that I would like to quote Jessica on, she said, "I will always treat my patients as I would want my family to be treated. When a patient is admitted to my care, they, for the short time I am with them are my family." I wish more people in the medical field were like this. Our care should always be patient first. Jessica is a true DAISY Nurse.
Jessica
, view your benefits
Print
Jessica
's Spotlight